Some of the largest household names in the global investment industry today announced that they would be backing a new industry body set up to promote investment in women. 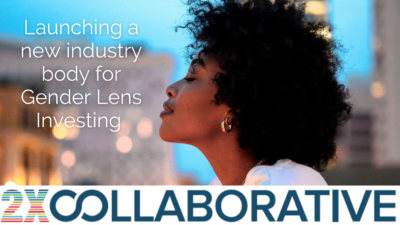 The 2XCollaborative has been launched by the members of the 2X Challenge, a group of Development Finance Institutions and Multilateral Development Banks, in partnership with the GenderSmart investing initiative. Between 2018 and 2020, the 2X Challenge raised $7 billion in gender lens investment and has set itself the challenge of raising a further $15 billion over the next two years.

The goal of the new membership-based 2XCollaborative is to expand gender lens investing practices to a wider group of commercial investors. That aim was given a boost today when the Investor Leadership Network, (ILN) which counts Allianz, calPERS and Generali among its 14 members and which has combined assets under management of over $5 trillion, said it would be giving its support to the 2XCollaborative. The ILN was joined by Citibank, which also confirmed it would join as a core founding partner.

The new organisation aims to increase the volume and impact of capital directed towards women’s economic empowerment. It was launched today at the UN’s Generation Equality Forum in France.

GenderSmart is a global field-building initiative dedicated to unlocking gender-smart capital at scale through signature convenings, including the leading GenderSmart Investing Summit, and a highly engaged and curated community.

The partnership with the ILN is expected to mobilise an accelerated flow of private capital into gender-lens investment products.
Jen Braswell, Director, Value Creation at CDC Group, the UK’s Development Finance Institution and co-Chair of the 2X Steering Committee, said: “The partnership with GenderSmart Investing and the support of the Investment Leadership Network for the 2XCollaborative is an incredibly important moment for women in business around the world. Over the next 12 months I am confident that more global financial institutions will be allocating capital to gender lens investments.”

Amy Hepburn, Chief Executive of the ILN, said: “We are committed to promoting gender and racial equity through inclusive investment practices. We are now pleased to be sharing our knowledge and expertise with the 2XCollaborative.”

Suzanne Biegel, Co-Founder of GenderSmart said: ‘“The field of gender finance has come a long way in the last decade and increasingly it’s seen as just smart investing. We are so pleased to be a core partner to the 2XCollaborative to help drive more progress over the coming years.’

Anyone interested in attending 2XCollaborative launch event can register here.

About the 2X Challenge
• The 2X Challenge was founded by the Development Finance Institutions (DFIs) from the G7 as a call to action to shift more capital towards investments that empower women in developing countries to access entrepreneurship and leadership opportunities, quality jobs, and products and services that enhance their economic participation. More information about the 2X Challenge can be found here: https://www.2xchallenge.org/. 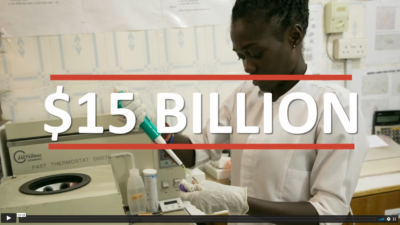 What’s the criteria for qualifying for a 2X investment?
• Whether a business is majority owned by women or founded by a woman
• The share of women in senior management or on the board
• The share of women in the workforce
• Whether a product or service specifically or disproportionately benefits women
• If a certain percent of loan proceeds in a deal through financial intermediaries supports women.

About GenderSmart
GenderSmart is a global field-building initiative dedicated to unlocking the deployment of strategic, impactful gender-smart capital at scale. The GenderSmart community is made up of 2,500 investors and investment influencers, intermediaries, and others, in over 50 countries.

About the ILN
The Investor Leadership Network is a consortium of 14 global pension funds and asset managers that pairs sustainability with long-term growth. The network represents $5 trillion in assets under management.