Coronavirus underscores the need to invest in resilience 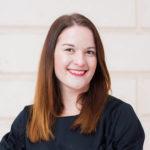 More than 90,000 confirmed cases. A little more than 3,000 people dead and 50,000 people recovered. Thousands of cases in Europe, hundreds of infected in the U.S. And how many in Africa? The statistics says 26, out of which 17 in Algeria. But should we be worried?

It is realistic to expect more cases in Africa. Many African countries have close ties to China, the continent’s largest trade partner. More than 1 million Chinese nationals live in Africa and more than 10,000 Chinese businesses operate in Africa. Close to 100,000 Africans study in China. And Ethiopian Airlines, the largest airline in Africa and the main carrier connecting the continent to China, still flies there.

As a development financier, we are following the situation closely. Apart from the impacts an epidemic could have on health, we are closely watching the impacts on local businesses. We are collaborating with our portfolio companies to ensure they take action to mitigate the risks when possible. Most importantly, we will continue investing because we think that responsible investments are one of the best tools to increase societies’ resilience.

The average healthcare capacity in Africa is way worse than on other continents. At the start of the outbreak, there were only two laboratories in Africa that could test for the new coronavirus. After imminent response from the WHO, around 40 countries are now capable of testing.

COVID-19 is not particularly lethal. Around 15% of the cases are severe, requiring hospital treatment. However, in many developing countries, hospitals may have less than 10 beds for critically ill patients. Also, in the poorest countries, the burden of other diseases tends to be high, and at this point we have very limited information on how vulnerable people with, say, HIV or tuberculosis, are to COVID-19.

Without awareness though, there is not much to test. For countries with low healthcare capacity, awareness-raising is key. Telling people how they can avoid getting sick is the simplest, yet the most effective measure. Same time in Nigeria, a WhatsApp message is circulating and encouraging people to self-test by holding their breath for more than 10 seconds. That may sound funny, but the reality is far from it if the virus develops into a full-blown epidemic on a continent with low to moderate healthcare capacity.

African economies will be impacted

Even if the number of cases in Africa remains low, the economic spill-over effects will be felt across the continent. African industries and manufacturers, just like businesses elsewhere, are facing disruptions or delays in production inputs, uncertainty in logistics and volatility in e.g. shipping prices. It is expected that demand for commodities like tea and coffee will suffer. For many production inputs normally coming from China, the next few weeks are crucial. Inventories are starting to run low and if the quarantines are not lifted, manufacturers will be increasingly impacted.

Apart from the developments in the real economy, African economies just like all the other EM and frontier markets, are impacted by the developments in the financial markets. A selloff in risky assets usually means lower commodity prices, higher risk premia (interest rates) and weaker EM currencies. When the markets get nervous, the DFIs play an ever more important role. It is our mission to take risks that enable us to stand by our clients even when the times get tough.

In times of crisis, patient investors are needed

What is positive from the perspective of developing economies, is that the international community, this time, has been fast in its response. WHO has taken much stronger action now in Africa than it did during the Ebola outbreak. African governments are also raising their preparedness.

In addition, officials all over the world have responded with economic stimulus. China has taken very specific measures to support the people and businesses at the epicentre of the outbreak. On the March 3rd, the Federal Reserve made a bold move to cut rates by 50 basis points to support the U.S. economy amidst the virus outbreak.

Many African economies will be impacted by the virus. The countries most vulnerable are those with close links to China and those heavily dependent on world trade (small and open economies). Commodity exporters will lose, and importers will win. Already indebted countries could become more distressed. Net-net, if the global economy plummets into a recession, everyone loses. If that happens, development financiers are needed in the market more than ever.

Despite of the near-term challenges, several global megatrends advocate an ever-stronger presence in Africa. A patient investor like Finnfund is used to navigating the risks, even when the evolution of the risk landscape is fast and unpredictable. One reason for making responsible investments in our target countries, is to build their resilience. More resilient economies can cope with climate change, population growth and urbanisation – and even a pandemic.

We got a deal from Montreal COP15 – then what?

We need ambitious targets for nature and biodiversity

CFO insight into Q3: Towards the end of the year