We need ambitious targets for nature and biodiversity 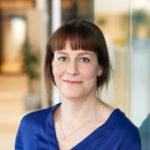 In the middle of Finnish winter, birds are swarming around the feeding place in my garden but many species that were frequent visitors 20 years ago are not around. To be honest, I’m not a winter –person and I’m dreaming of my childhood springs, how blooming apple trees spread their scent in the garden, and I was laying on the lawn listening to buzzing trees…but there has been no return to these sweet moments for a while.

Trees do not buzz. A handful of bumble bees and an occasional bee make very little sound. Biodiversity loss is concrete and visible just out there in my backyard.

My social media feed has lately been full of visualizations of nature and biodiversity loss the world has been experiencing in the last 100+ years.

For me, the most shocking ones are probably the graphs demonstrating the invasiveness of homo sapiens, such as the illustrations of the world’s global living mammal biomass and the use of land for agriculture. According to Our World in Data, as shown in the image below, human beings and our livestock and pets constitute 96% of the global living biomass of mammals. Another cold fact is that since the year 1900, the share of agricultural land has increased from 16.9% to over 40%. 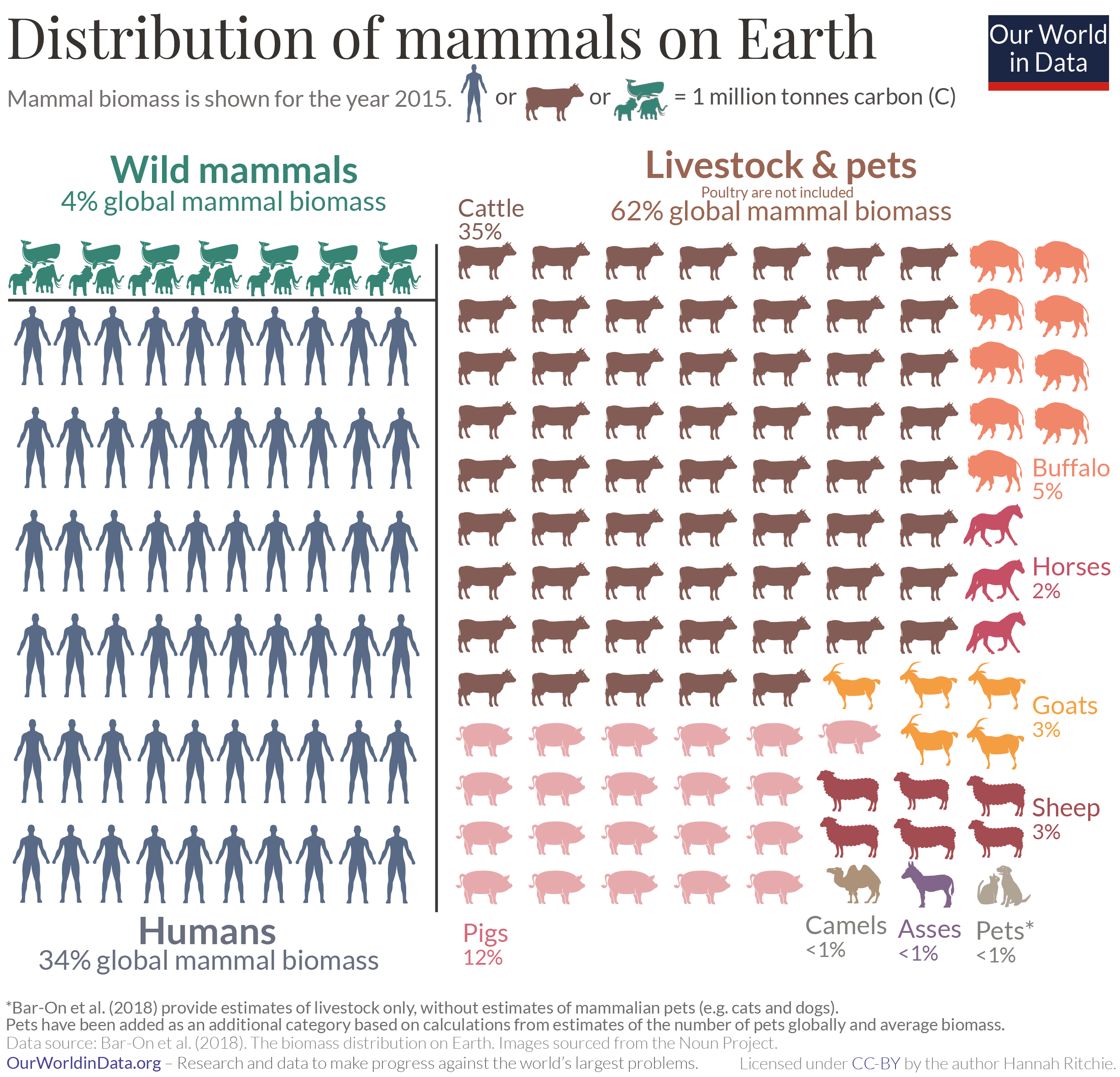 Is this “a Paris momentum for nature and biodiversity”?

Climate change is finally becoming a mainstream concern for most politicians and investors, yet the gap between promises and actions is wide. The world is now also awakening to another global crisis that is at least as alarming and urgent as climate change.

The UN Biodiversity Conference (COP15), held on 7-19 December in Montreal, is called “a Paris momentum for nature and biodiversity” as the governments are negotiating an ambitious set of 4 Goals and 22 targets to save our planet for future generations.

Compared to climate change, in nature and biodiversity protection, the financing gap is even wider. As a result, global level targets set under CBD and in the Strategic Plan for Biodiversity 2011–2020 did not fully meet targets and in the 20 Aichi Biodiversity Targets have not been met, although progress has been made in its implementation.

What has changed – and what would give us hope that this time promises would lead to actions? As Seela Sinisalo pointed out in this blog post, preparedness in the private sector has increased tremendously.

Companies and investors are increasingly understanding and paying attention to the double-materiality of biodiversity. They are seeking ways to mitigate risks that their activities cause for biodiversity but also investigating opportunities to become nature positive, i.e. building businesses that improve the state of nature, and/or utilising so– called Nature-based-Solutions to tackle, for example, climate change.

Companies and investors are publishing their road maps for biodiversity and preparing themselves for biodiversity and nature risk reporting as well as for target setting for nature as frameworks and guidance for nature-related risks and Science-based Targets for Nature are under preparation and expected to be published in 2023. It is fair to say that the private sector is also well represented in COP15 in Montreal.

After COP27 – a spirit of defeat or perseverance?

It is to be seen how disappointments faced in COP27 in Egypt affect negotiations about nature and biodiversity – will there be a spirit of defeat or perseverance?

The UK Parliament has released one of the most advanced legislations globally, setting mandatory principles of biodiversity net gain, but most countries are far behind these ambition levels. Governments may become a bottleneck retarding transition to a truly Green Economy if they lack the ambition and courage to take necessary decisions that are needed in guiding the private sector towards the Green Transition path and the leveling playfield for responsible green businesses and “business as usual” actors.

Whose actions, whose money?

The ambition level is high in the draft Agreement under negotiation, and especially for developing countries, financing is crucial to solving conflicts that nature conservation may have, for instance, with other development needs, food security, and SDG targets.

The private sector is again called to contribute to bridging the gap in financing, but mechanisms to do so are not yet widely in place, as, for example, a recent WWF study concludes. Even though biodiversity loss is closely linked with climate change, the challenge is that when compared to CO2 and other GHG emissions, biodiversity is difficult to measure to demonstrate deliverables. 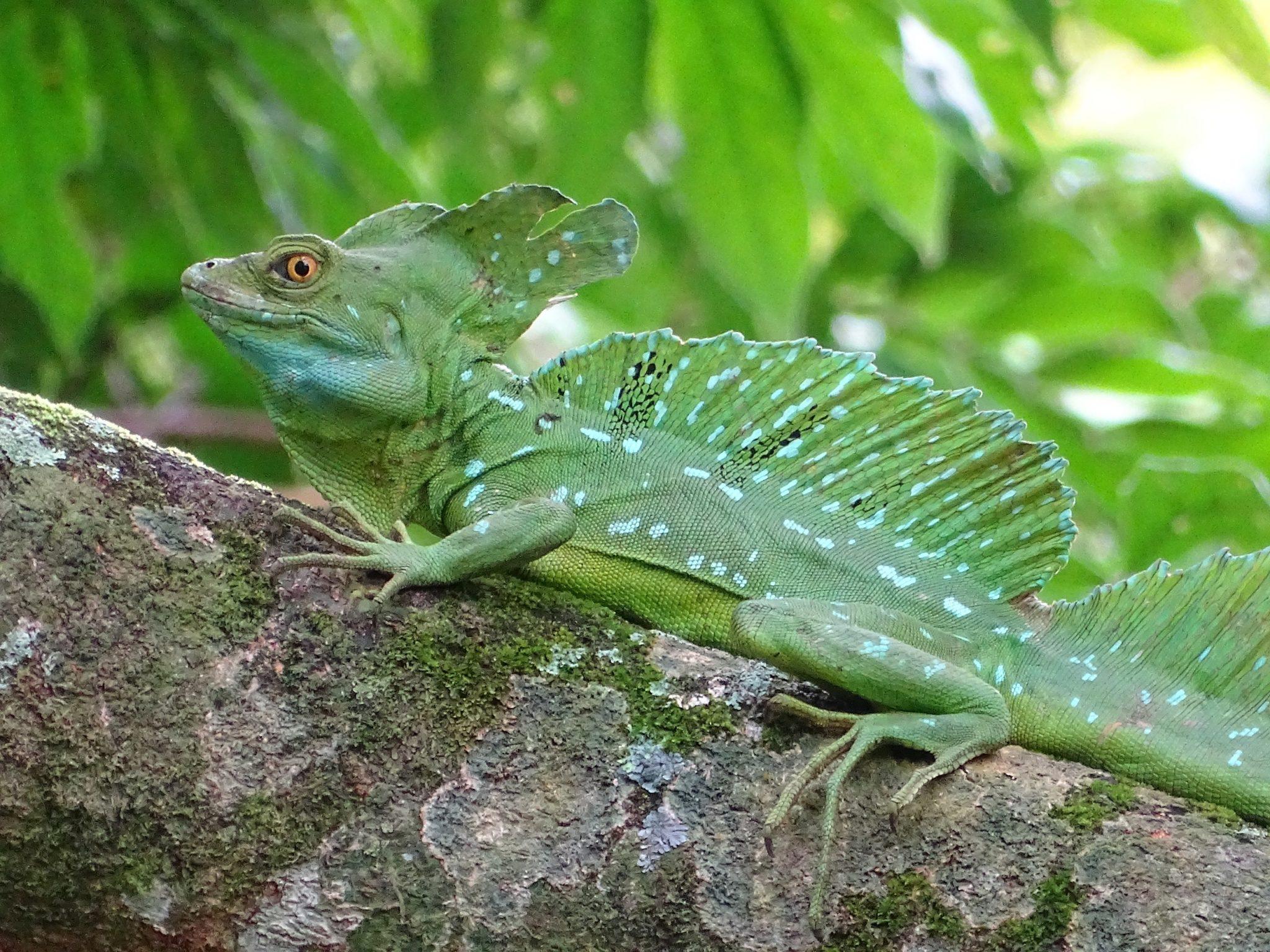 Regardless of the level of ambition of the agreement being negotiated in Montreal, positive development is visible in the private sector as ESG has become mainstream in investing, and financiers and companies recognize dependencies on natural capital.

Finnfund and other development financiers (DFIs) are already well positioned, as for years we have applied for years exclusions lists and performance standards that aim for no– –net –loss of biodiversity. Do-no-harm principles must now become a basic requirement for any investment and private money channelled to existing and emerging Nature-based-Solutions (NbS).

Finnfund continues investing in forestry, major NbS in climate change mitigation, and we are working together with our investees to combine wood production, carbon sequestration, and forest restoration targets. We also support our investee companies in building their capacities in protecting and managing biodiversity. Recently, we have launched new initiatives, together with our partners and investees, such as the African Forestry Impact Platform (AFIP) in Africa and MLR Forestal in Nicaragua, to combine climate actions with our ambition to enhance biodiversity net gains.

Finnfund continues investing in forestry, major NbS in climate change mitigation, and we are working together with our investees to c

ombine wood production, carbon sequestration and forest restoration targets. We also support our investee companies in building their capacities in protecting and managing biodiversity. Recently, we have launched new initiatives, together with our partners and investees, such as African Forestry Impact Platform (AFIP) in Africa and MLR Forestal in Nicaragua, to combine climate actions with our ambition to enhance biodiversity net gains.

It’s not only about forestry and conservation

However, it is good to note, that nature and biodiversity are not only about forestry and conservation. This is also clearly explained in the proposed CBD targets (Convention on Biological Diversity).

We need new solutions and funding, for example, in the agricultural sector and circular economy, and I strongly believe, that these sectors will also provide attractive opportunities for development financiers and impact investors. At Finnfund, we already have some examples of these types of investments in our portfolio, such as Sanergy and Kentegra, both located in Kenya. And for sure, there is more to come.

Supporting alignment with the Paris Agreement through investing in carbon removals

Listen to your stakeholders