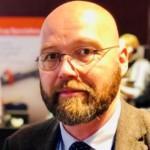 Can this be true? A modern factory producing high-quality FSC-certified plywood in Ghana? When I showed European buyers at the Dubai Woodshow exhibition in March pictures of the factory in Ghana, many found them hard to believe. Preconceptions are hard to break.

I myself believe that this is just the beginning. 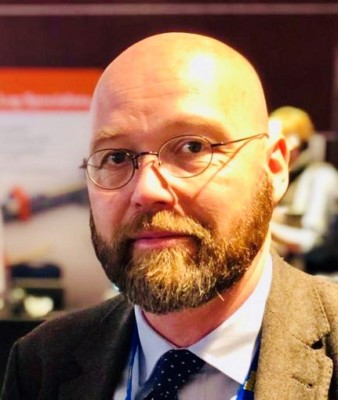 The world market is in crisis, prices are soaring, logistics stalling. The news is raising concerns. At the same time, as always, crises create opportunities.

The Russian invasion of Ukraine has led to a situation in which the flow of Russian timber into to the European and North American markets has practically stopped. Before the war, the country produced a significant share of the world’s plywood – especially in terms of birch plywood the share was almost 80% .

Construction is expected to slow down globally, but plywood supply will fall even further as stocks of Russian plywood are taken off the market. Although there are signs that demand is slowing down, buyers have started looking for new supply channels as they also do not want to increase their already high exposure with Asian plywood.

For African companies, this crisis presents an opportunity

One of the beneficiaries of the current situation has been the West African company Miro Forestry, which manages 20,000 hectares worth of FSC-certified (Forest Stewardship Council) forest plantations in Ghana and Sierra Leone. In addition, the company purchases timber from small growers and employs approximately 2,000 people.

November 2021 was an exciting time in the company’s history, as the long-planned plywood production plant in Drobonso, Ghana began operation. In hindsight, it is clear that the timing could not have been better. Ghanaian plywood has proven to be an excellent product. The fact that the plywood has been granted a trusted international sustainability certification is particularly significant. The company received its first FSC certification in 2017. 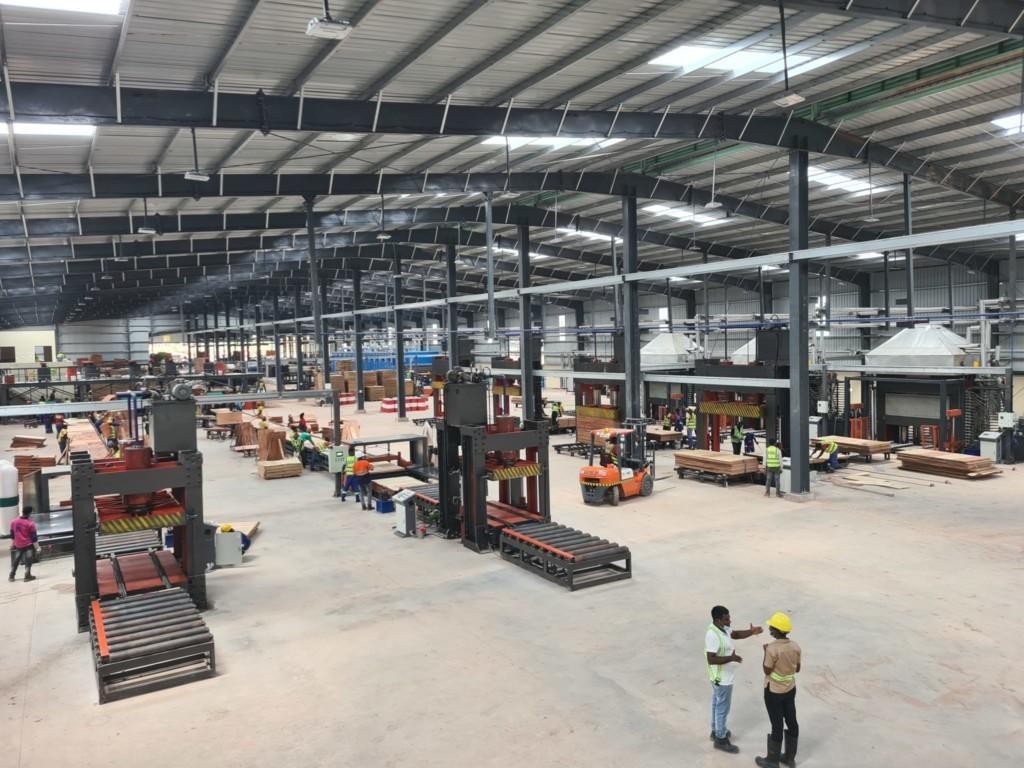 Miro Forestry’s plywood factory in Ghana begun operation in November 2021. The next one is already under construction in Sierra Leone.

It might not occur to most people that a West African forestry company would have this particular competitive advantage: an excellent location. Miro is located a relatively short distance from both European and North American markets, with containers leaving the harbour directly onto the Atlantic Ocean.

Since the pandemic, companies have started looking at logistics through a different lens. Many buyers do not want to take the risk of containers getting stuck or lost somewhere along the way or not being able to get the containers needed for shipping in the first place. Miro enjoys an advantageous position in this respect as well: one advantage of operating in Ghana and Sierra Leone is that there are more containers coming into the countries’ ports than there are leaving them, which means ships generally have plenty of space for cargo.

Aiming for profitability and industrialisation

When I took up my position as Miro’s Executive Chairman in the summer of 2020, I had no prior experience of operating in Sub-Saharan Africa. My experience was of working in Russia during the so-called wild days of the 1990s and travelling around the world to do business in the timber trade.

In the end, helming the board of a West African forestry company was not such a huge leap. The company’s history, the skilled team, committed owners and a drive to grow and develop make the company especially interesting. This was also evident when the new production plant opened up. The team immediately knew what to do and did it right.

Next up: Sierra Leone

Following the progress up to the successful opening has also been a wonderful experience on a personal level. Since I joined Miro, my primary task has been developing the company’s industrial production and profitability. For that reason, it has been great to see what high-quality plywood the Ghanaian plant’s team has been able to produce.

Miro is currently also building a production plant in Sierra Leone, and once it opens, its production capacity will be double that of the Ghanaian plant: more than 60,000 cubic meters of plywood a year. In a few years, once the Ghanaian plant’s production capacity has been increased, the two factories together will be able to produce up to 120,000 cubic metres of high-quality plywood a year. In addition to plywood, the plants also produce other timber products, although in smaller quantities. 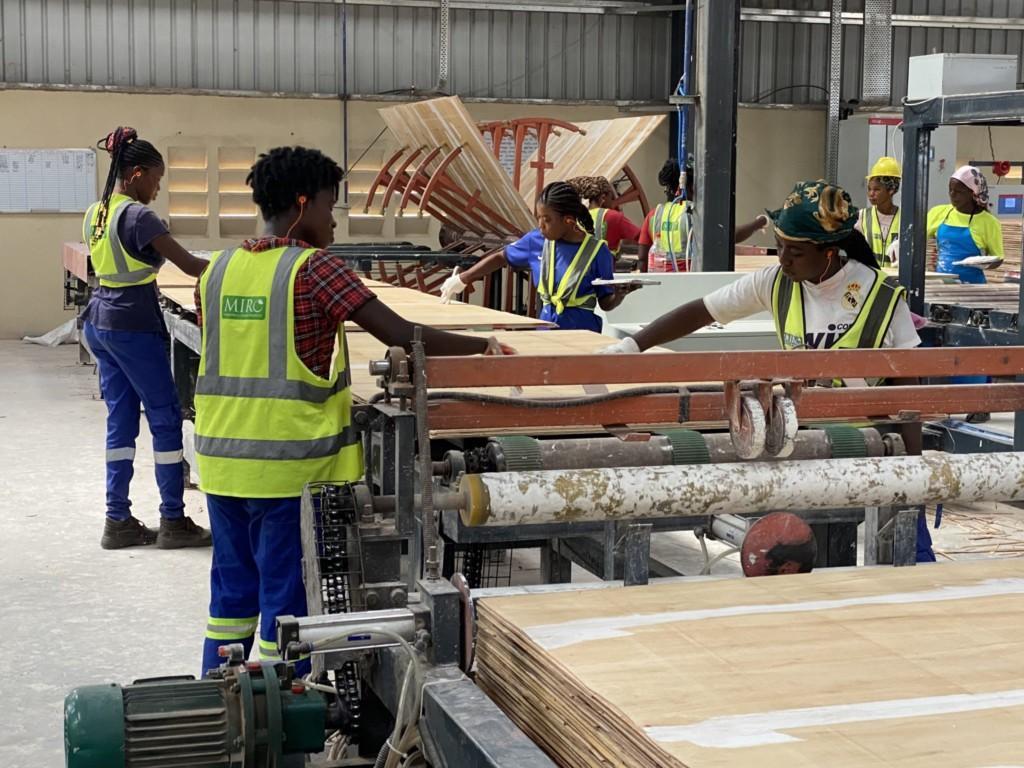 As the forestry company’s focus shifts from forest cultivation to industrial production, it needs to bring in people with different skillsets and update its process management.

As the company’s focus shifts from forest cultivation to industrial production, it needs to bring in people with different skillsets and update its process management. We are training local workers to become professionals, and skills are being gradually transferred from the Ghanaian plant to Sierra Leone. The teams will have the opportunity to learn from each other.

The development of Miro’s operations – scaling up industrial production, improving sustainability and profitability and creating jobs – have also been a key goal for Finnfund, which has been financing the company since 2014. Operations must be profitable to ensure that the desired development impacts, such as job creation and carbon sequestration, are built on strong foundations.

Most people do not know that Ghana has a long history of producing plywood. The country previously hosted a large number of plywood production plants, which contributed to the widespread loss of Ghana’s natural forests. By cultivating forest plantations and working closely with local small growers, Miro is doing its part to respond to the growing demand for timber and, hopefully, reducing the pressure to cut down the country’s remaining natural forests. In addition, some of the forest area managed by Miro is protected, which is also one of the criteria for FSC certification.

Despite the challenging times, Miro Forestry’s future looks bright. The company is a forerunner in sustainable forestry in West Africa, and all signs indicate that its work is bearing fruit.

People in Europe (and everywhere else) would be wise to keep an eye on Africa.

Sampsa Auvinen has worked in the forest industry since 1994. He has served as the Executive Chairman of Miro Forestry since 2020. He also holds positions on the boards of several other forest industry companies.