The youth has found their voice – next, they need opportunities 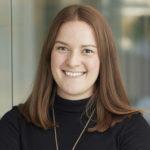 “This is a message to the government,” starts Bobi Wine his song Freedom. Besides from being a popular reggae artist, Ugandan Robert Kyagulanyi, better known as Bobi Wine, is the number one challenger to the 76-year–old Yoweri Museveni in Uganda’s upcoming presidential election in January. Long-ruling Museveni has such a great power across his country’s institutions that Mr. Kyagulanyi has a slim chance of winning but his achievements in mobilizing the Ugandan youth are nonetheless remarkable.

Awareness-raising or activism in music is not a new innovation, but at the time of increased penetration of mobile services and social media, it reaches larger crowds faster than ever. Bobi Wine is not alone in his pursuit to exploit this. Young Arab rappers articulating the frustrations of the youth were recently acknowledged by the Economist. In Kenya, artist King Kaka said he received a call directly from President Kenyatta, after his song Wajinga Nyinyi that criticised both the government and the voters, went viral a year ago. I was in Kenya at the time, preparing my return to Finland and starting a new job at Finnfund.

Having grown up in a society that provides free education and plenty of opportunities for young people, and where popular culture mostly focuses on all but politics, I have been impressed by the power and commitment of the youth elsewhere. This feeling has only strengthened as, in my work as an economist, I closely follow the political developments in our target markets. What worries me is that poor representation and lack of opportunities are a ticking time bomb if these societies do not respond to the youth’s demands.

Are there enough jobs?

Uganda is not the only country where the youth is on the move. The youth and social media played a key role in the 2019 Sudan revolution that led to the toppling of Omar Al-Bashir. Apart from its second recession in five years, Nigerian government is currently being confronted with protests that first targeted the abolishment of the notorious SARS police unit but have since expanded in their agenda. These protests are orchestrated by young people who are demanding, amongst other things, stronger efforts on job creation.

Indeed, according to a recent Afrobarometer, respondents in 34 African countries consider unemployment as the most important problem their government should address. The problem is worse for young people and expected to exacerbate. Africa’s population increases by the size of France every two years. Currently, 60% of Africans are under the age of 25. While 10-12 million people enter labour force annually, only around 3 million jobs are being created. And as if this was not problematic enough, the pandemic has been estimated to have led to losses of 495 million jobs in developing economies.

The survey results highlight the need, as 70% of the respondents say they are disappointed with their government’s ability to create jobs. In Uganda, where Mr. Kyagulanyi is challenging President Museveni, 74% of the survey respondents give a negative rating on their government‘s performance on job creation. In Morocco, Sudan, Tunisia, South Africa and Nigeria people are even more disappointed.

As governments fail to deliver on job creation, fuelling frustration and unrest, private sector grows in importance. What motivates me, is that DFIs such as Finnfund have a key role in improving economic opportunities. By financing responsible businesses, we promote the creation of decent jobs in our target markets in Africa, Middle East, Asia and Latin America. In 2019, our investee companies employed a total of 81,000 people. We pay special attention to female employment and leadership. Many of our investee companies provide employment or education opportunities for young and less-educated people. Companies like Maarifa, that provide education to match labour market needs, also play a key role.

Political instability and youth unrest can have far-reaching consequences. Conflicts lead to uncontrolled waves of migration, but according to Afrobarometer, joblessness alone is the first reason for emigration. The preferred and primary destinations are often not in Europe or the U.S., but rather in the neighbouring countries, which only leads to increased pressure on societies that are not equipped to receive an influx.

When talking about climate change there is a strong sense of urgency. A similar urgency is needed when we address unemployment in countries with young and fast-growing populations. The price of inaction is high. If nothing changes, many of today’s children grow up to the reality where they have no potential of employment. That leaves little prospect for empowerment but plenty of room for frustration, violence, radicalisation, and uncontrollable migration.

The youth has found their voice, but that is not enough. Tangible opportunities are needed – and that is what our investees provide.

Listen to your stakeholders