In India, women have fewer opportunities to participate in economic and working life: for example, women own only 4% of Indian companies and represent approximately 17% of the country’s national product. The proportion of women in the workforce is 26%, which is one of the lowest in the world.

Annapurna Finance offers microloans and related financial literacy education, mainly to poor women in rural India. Annapurna is also an important employer. The company employs more than 5,000 people and provides training and advancement opportunities for every employee. The company has a plan to promote gender equality. One of the aims of the plan is to increase the number of female workers among employees and management.

“We became interested in Annapurna because the company has a strong social mission that aims to empower women”, says Ulla Huotari, Investment Manager at Finnfund. The company’s roots go back to the early 1990s, when an NGO called People’s Forum launched a microfinancing programme in Odisha, one of the poorest states in India.

“Although the microfinancing business was separated from the NGO operations in 2009, the company’s willingness to act in the interests of society and women, stemming from its NGO roots, is well reflected in the company’s operational culture”, says Huotari.

Today, Annapurna has approximately 1.4 million active loan customers. The loans are mainly group loans that allow people to engage in a trade. The company also offers loan products designed specifically for the most vulnerable, such as transgender people, single parents, unmarried women and the casteless.

“Women with microfinancing mostly work in their own village, from their own homes. With the loans many of them have bought sewing machines or dairy cattle, among other things. Many small shops have also been opened,” says Huotari.

An artisan’s journey towards sustainable livelihood

In Karadagadia village of Khordha district the predominant occupation is making paper masks and wooden idols. This cottage industry is a seasonal business; hence the income pattern is not linear and most of the families live below poverty line. Mrs. Manjulata Mahapatra’s life wasn’t any different from her neighbours.

In 2015, Mr. Sukanta Sahu, an FCO of Annapurna’s Khordha branch approached her and other women from the village and explained how Annapurna is working towards livelihood generation and entrepreneurship through provision of small credit. Eleven women including Manjulata formed a self-help group under his guidance in the same year, opened their bank account and later got a loan of Rs. 20,000 each from Annapurna. The loan helped them to procure raw material and increase the level of production. Manjulata and her husband started going to several urban fairs as well to sell the products. To keep up with the increased rate of production, she started taking help from other members of her family as well. Within a year, she was able to multiply her monthly income twofold.

After attending financial literacy training from Annapurna, she developed a regular saving habit as well. With her savings, her son has completed higher education and recently has started working in Bhubaneshwar. Her youngest daughter is in 12th standard. 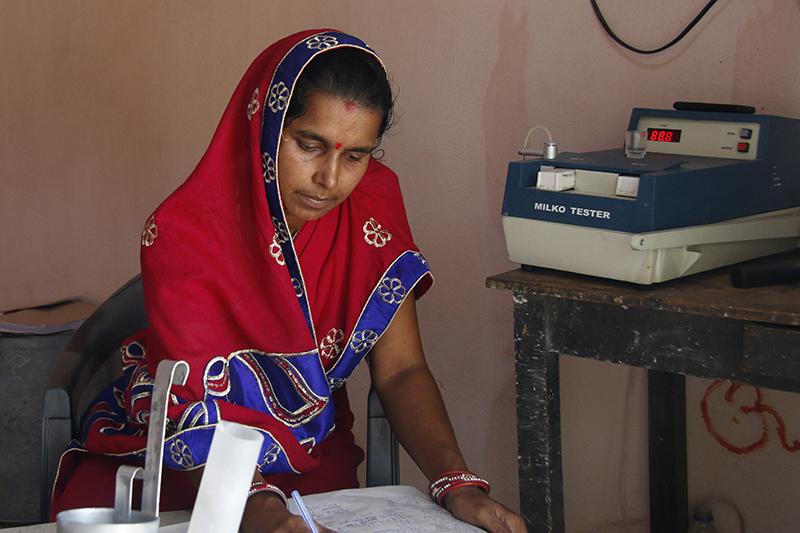 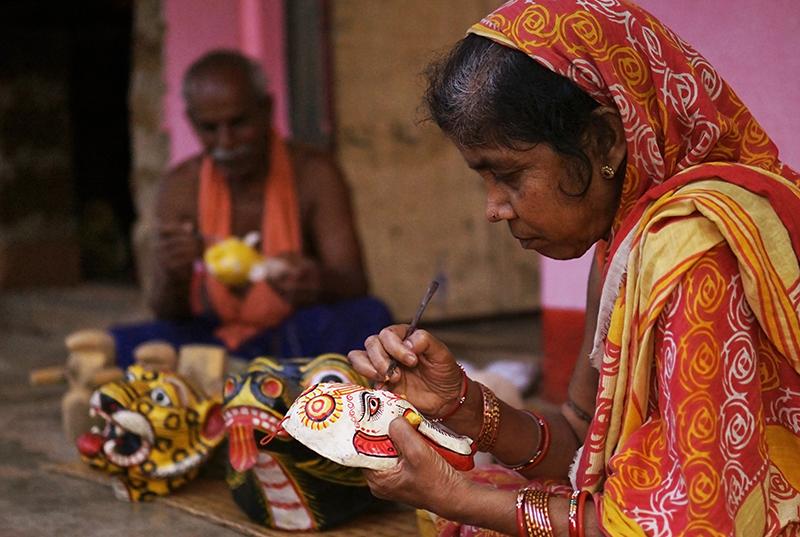