In the male-dominated telecom industry, BCS stands out with strong female representation

Finnfund always discusses how a company can support women as employees, managers, and customers during the investment process. We especially examine structures that enable the equal engagement of women. Our recent investee, Bandwidth and Cloud Services Group (BCS), is a telecom infrastructure provider operating in several African countries. We were impressed by BCS’s track record of empowering women for higher positions during the investment process.

“I joined BCS as a network operations engineer graduate trainee in 2018. Despite my reservations on career prospects in this traditionally male-dominated industry, BCS proved me wrong by tasking me with feasibility studies to build the first lake submarine cable in Africa at lake Albert which borders Uganda and DRC. I loved the trust my boss bestowed on me by giving me an opportunity I thought was beyond my age and knowledge. I watched the idea and planned mastitis into a successful project.

Six months later, I was put in charge to lead the feasibility studies of Lake Tanganyika and River Lualaba in DRC. Despite the challenging conditions of working in remote parts of the country, I fell in love with DRC, the people and the project. The coaching and support I received throughout this project were invaluable. BCS has proven to me that anything is achievable even when the odds are stacked against you.” 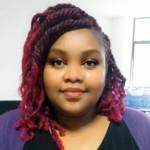 “BCS is the most agile company I have worked with since my career journey started in 2004. The company acknowledges the determination and consistent delivery by female employees and therefore creates a conducive environment that allows for work-life integration to ensure they succeed in both. The company has been deliberately shortlisting and headhunting female employees, providing project opportunities despite the varying cultural terrain we operate in and providing upskilling sessions to equip them with the necessary skills for their success.

As the Chief Projects Officer, I am responsible for planning, executing, monitoring and delivering all projects for BCS Group. To successfully deliver this role, my team is composed of female engineers who are defying the norm in the male-dominated industry to provide stellar results.”

“I joined BCS in 2020 as Group Chief Regulatory Officer. Having previously worked as a regulatory person and a general manager in multinational telecommunications companies gave me the perfect training for the role, except that the BCS role offered me an international platform from which to work.

The role at BCS allowed me to change my view from a local single market environment to an international scene and deal with multiple foreign governments and regulators in addition to collaborating with cross-sector industries and players. Exploring new markets and varied legal, regulatory and cultural systems brought with it a rush of excitement akin to what a newly employed graduate experiences.

The level of autonomy and empowerment allowed by BCS allows one to innovate and push for excellence and deliver without constraint. I also love that my role takes me to places I would not otherwise have taken myself.

The BCS opportunity has given me a renewed sense of self-belief in what I am able to do and achieve.”

“I joined BCS in 2019 as a consultant in charge of Regulatory Affairs, Project Finance, Supply Chain and Human Resources for the DRC operations. This was a very intense role, especially given the fact that l had never worked in DRC before. I loved how my boss constantly believed in me and pushed me to endeavor on trajectories that l thought were beyond my abilities. After one year of working, l went on maternity leave and came back to resume a new role as the Group Market Development, Public Relations and Social Impact Manager for all BCS countries with a major focus on DRC.

Working for BCS has been truly rewarding. l wake up to do what l love most; working for the people and serving the communities to make a positive impact. I like the autonomy l have because my boss allows me to be innovative and supports me with any additional resources l may need to achieve my goals. Life has never been better!” 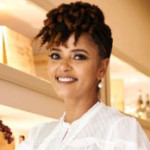