Čibuk is the largest wind project in Serbia to date. It is located 45 kilometers northeast of Belgrade covering 3700 hectares of land partially owned and leased. The 158 MW wind farm will consist of 57 GE turbines and produce up to 475 GWh of electricity per year.

Taaleri Tesla Ky is a joint shareholder (30 percent) in Tesla Wind d.o.o. with Masdar (60 percent) and DEG (10 percent). The debt is being provided by IFC and EBRD. Čibuk has been under construction since March 2017 and is expected to be in full production in June 2019.

By generating renewable energy, Cibuk Project supports one of the key priorities of Finland’s development cooperation. It supports Serbia in meeting its increased energy needs and fulfilling its renewable energy targets agreed upon with the EU as part of the pre-accession process.

Once operational and depending on a year, Cibuk Project is estimated to generate approximately 1.5% of the total electricity consumption in Serbia. The wind farm’s estimated annual production is up to 475 GWh, which corresponds to an amount consumed by approximately 110 000 Serbians per year (4,272 kWh per capita).

The project is estimated to decrease greenhouse gas emissions by displacing 370 000 tonnes of carbon dioxide emissions each year. The employment effect during construction is estimated to be around 100 persons. Payments to the government are expected to be on average 2.5 million euros. 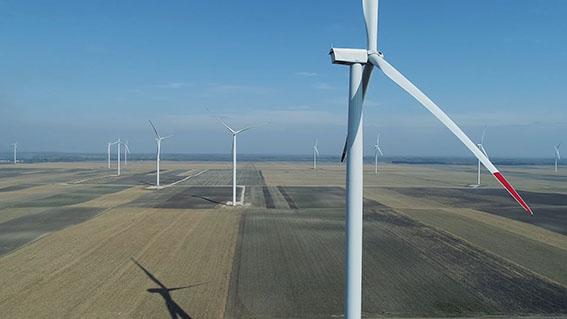