SaraRasa moved its facility 1,400 kilometres and changed its raw material

SaraRasa is the first commercial scale pellet producer in Indonesia. Finnfund has invested in the company since 2012. At that time the main market for pellets was Europe, however it was envisioned that the Asian market would grow strongly too. The original business proposition was to produce pellets for the South Korean market using sago palm shell and kernel as raw material for pellets. Utilising this readily available biowaste was not only environmental beneficial, but also created much needed industrial jobs in a rural community. In addition to scoring well on the impact scale, the investment was also expected to be a commercial success.

Change in specifications changed it all

Starting the pellet manufacturing required investments, and Finnish Dovre Plc invested along with Finnfund to the project. The manufacturing facility in Selat Panjang in Riau province of Indonesia was commissioned in 2014, and manufacturing and marketing of pellets started. Soon after the launch, the pellet specifications in one key market, South Korea, were changed and therefore pellets no longer were allowed to contain any significant quantities of salt. As sago palm is processed using sea water, this became a major issue which could not be resolved with available resources.

Ilari Koskelo, a board member of Dovre Plc describes the situation at hand then: “In December 2014 the outlook was grim. We had to acknowledge that the project did not proceed as planned and I left for Indonesia to see what could be done. I was prepared to devote my time as long as it would take to get the situation under control and implement the necessary changes. I also invested my own funds to have skin in the game.”

From sago palm to wood waste

The company had planned to build another pelleting factory to Surabaya in East Java. As there were no prospects for financially sustainable operations in Selat Panjang, the options were to liquidate the company or move the factory 1,400 kilometres to Surabaya. “We realised that the factory should be moved the soonest. The furniture manufacturing industry in Surabaya produces massive quantities of saw dust and other wood waste that could be used as raw material. Also, logistics was optimal and electricity supply more affordable in Surabaya enabling profitable operations”, Koskelo explains. 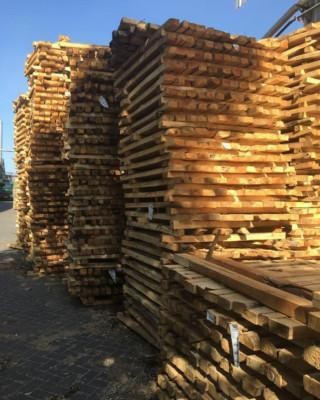 Koskelo’s technical expertise and strict cost controls were the key contributors to a successful transition. “My technical background certainly was useful since I believe I understand what is required for a profitable manufacturing process. I also wanted to ensure that all company costs are justified, including sales and office costs” Koskelo recalls. Koskelo is a Finnish entrepreneur who has founded several companies such as Navdata Oy, Soil Scout Oy and Global Satellite Solutions, Inc. He is on the board of Dovre Group Plc, Thai Biogas Energy Co., Ltd. and SaraRasa Biomass Pte Ltd.

Radical makeover was a success and local partners were identified

For Finnfund, it was important that the operations in Selat Panjang were discontinued appropriately and responsibly. Moving the factory entailed shipping the entire pelleting line and associated equipment. Many employees also moved along. “In Indonesia, people often work at a different location from their family” tells Mikko Kuuskoski, Head of Special Operations at Finnfund. When things start to go wrong, Special Operations often gets involved with a view to find a financially and operationally sustainable path forward for Finnfund’s investee companies under distress. “The factory manager and competent shift managers agreed to relocate and production in Surabaya was initiated in Spring 2016”, Kuuskoski commemorates in the advent of the fifth anniversary of this major achievement.

Koskelo and Kuuskoski agree that local expertise is key. “The Indonesian factory manager is one of the key persons in the company and it is important that the interests are aligned with the owners. Training local talent usually yields better results than investing in expatriate talent” Koskelo reflects. “An enterprise should be a part of the local ecosystem and should not try to do all by itself. We have been fortunate to find good local small companies, who work with us on our supply chain, technical repairs, and export logistics. This has also helped us to gain buy-in and local community support. We are developing their businesses along with our own.”

SaraRasa sells most of its production through Cellmark’s Singapore operations. The good quality of pellets has been an expected positive surprise and the price has stabilised to an acceptable level after renewable energy power plants in South Korea and Japan have commenced operations. SaraRasa uses saw dust and other wood residue from sustainable sources only, raw material is procured only from sources that have FSC or Indonesian SVLK certification. This is also checked and required by pellet buyers as pellets sourced from unsustainable sources would not qualify for the renewable energy tariff.

Since relocation to Surabaya, SaraRasa has grown its annual production every year. Through continuous improvements bottlenecks in production have been removed and incremental investments to increase manufacturing capacity have been made from free cash flow. These investments have streamlined the manufacturing process and the warehousing capacity has also been increased to cater for shipment sizes up to 10,000 tonnes. The latest production capacity increase which also involves a second production line will be ready this summer. 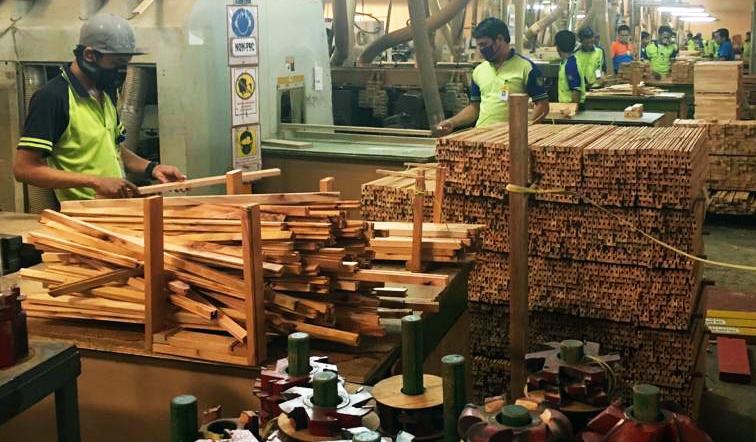 Finnfund has monitored its investee companies in relation to the Covid-19 pandemic and the challenges it has presented. SaraRara has weathered the recent year well, even though commuting to sometimes remote locations can increase the risk of the virus spreading. “The safety of SaraRasa’s employees has been the key”, Mikko Kuuskoski explains. “Employees have been given masks to wear at home in order to avoid infections and keep the factory in operations”.

The pandemic has also affected the cargo fares. SaraRasa is looking to engage with local ship owners to see if more competitive fares are offered locally rather than through international brokers – again being part of the local community and exercising sound business acumen. 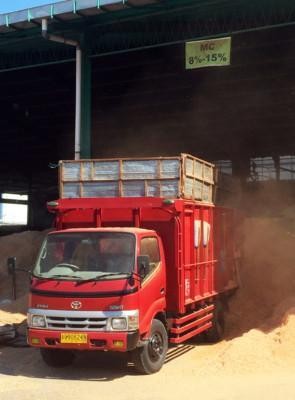 “Investing in expansion as opposed to a new factory makes sense due to improved economy of scale, more efficient use of existing assets and a better return and impact on invested capital” Koskelo explains. “There seems to be an ample supply of raw material and next year we should also have more warehousing capacity. The furniture manufacturing industry generates more waste than we are able to process and the export market seems not to be seasonal, since pellets are used for both electricity and heat production to replace coal. This helps in planning” Koskelo explains the industry logic.

With the planned expansions SaraRasa’s annual maximum production capacity will reach 100 000 tonnes. In reality, the production is likely to be around 80,000 tonnes. This makes SaraRasa a credible mid-tier player in the region. “The cooperation with Finnfund has gone well. Sararasa appreciates Finnfund’s financial commitment during this difficult transition time to profitability. As we do appreciate our partner in commerce, Cellmark AB” Koskelo says.

CellMark AB  is a global supply chain services company. Established in 1984 in Gothenburg, Sweden, the company has its roots in trading and distributing raw materials for pulp and paper industry. CellMark has seven specialised product divisions, of which CellMark Energy concentrates on trading and distribution of biomass based alternative energy sources and other waste based energy commodities to produce environmentally friendly heat and electricity. CellMark groups annual revenue is 2.9 billion US dollars. Company homepage: www.cellmark.com