Phom Oun, who farms rice on the bank of the Tonle Sap River in Cambodia, has just received a small loan worth 500 US dollars. Now she and her husband will be able to obtain proper seed and fertiliser at a fair rate of interest.

“The price we receive for rice we grow has fallen by a fifth,” she explains. “That doesn’t leave enough money to buy supplies for the next season.”

Farming conditions have been poor for the past three years. The river has not steadily risen to flood the rice paddies. Windy weather has made things worse, as well as bringing an extra problem, insect pests.

Their other crop is lotus flowers, but plants that normally produce for several years have suffered from fluctuating water levels. Now they need to be replaced sooner than expected.

Phom Oun used to borrow from a local bank to pay for production inputs. Now she has switched to Chamroeun, a local microfinance company serving the rural poor. “They give better service,” she says.

From the upstairs of their house, in the village of Ta Pori, comes the sound of hammering. Her husband Yen is building a second storey. The work has made slow progress, according to how much farming income is available for building supplies.

They have five children in their family and three are still living at home although only the youngest is in school. Four already have jobs.

This year the couple decided to budget for completing the bedrooms. They are not going to lease extra land from their neighbours, as they used to. The rent money will be spent on construction.

Supporting the family by fish farming

Sok Sophea, who lives at the other end of the village, is another optimist. She and her husband Chea Chean are fulfilling their dream of expanding the fish farm. They too have taken a microloan of USD 500, to be used for stocking ponds and improving methods.

Ten kilos of newly hatched fish fry will grow into 200 kilos of fish for sale. Sok Sophea sells most of what they produce in the market of a nearby town. They have two fish ponds and want to raise production to five times its present level.

Pa Thea of Chamroeun says there is a distinct need for microloans among small-scale farmers and fish farmers. He runs the microfinance company’s operations in the district of Ponhea Lueu.

Chamroeun has been serving agricultural customers in the Koh Chen subdistrict for less than a year but has already granted nearly 2,000 loans. The size of loans ranges from 25 dollars to 3,000, depending on the applicant’s business plan. The average sum is USD 1,000, for repayment within two years.

With no access to credit, Cambodian farmers and fish farmers often have to borrow from the merchants who buy their harvests or from local private money lenders, in order to finance operations and investments. The interest on these loans can be from 30 percent onwards, sometimes up to 250 percent per annum, which hurts their earnings.

When harvests are poor, or fail completely, farmers become destitute and have to sell out to pay off their debts.

Responsibly administered microcredit looks critically at the families’ revenues and capacities to pay, as well as business cash flows. It can provide some protection against bad weather and other unpredictable risks as well as facilitate investments. Farmers can look beyond tomorrow in their plans for the future. 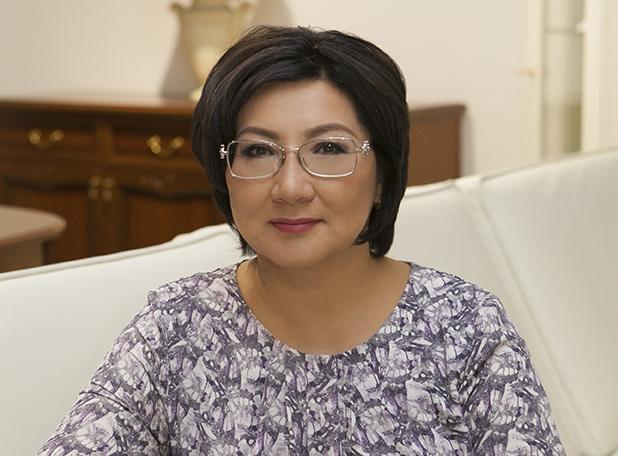 BOPA is funding and developing microfinance institutions in Asia and has recently joined the 2X Challenge. One of BOPA’s portfolio companies, Asian Credit Fund LLC, is led by Zhanna Zhakupova, one of the few female leaders in the financial sector in Kazakhstan.

Read her thoughts about women leadership

Finnfund provides finance for Chamroeun in Cambodia via Base of Pyramid Asia (BOPA). This holding company, founded by Christian Andersen of Denmark, specialises in funding and developing microfinance institutions in poor Asian countries. In 2017 Finnfund invested three million US dollars in BOPA.

“We focus on smaller microfinance institutions, which are typically neglected in the big funding landscape,” Andersen says. “We work with them to scale them up, while keeping operations sustainable and balanced, so that they can cover their costs and have a significant positive impact on local communities.”

For Finnfund, the investment in BOPA is a way of supporting small and growing microfinance institutions. The BOPA team can provide support, expertise and resources on a scale that Finnfund would find it hard to match.

This is typical for an investment in a fund. After careful analysis, Finnfund selects funds that offer resources or special skills, for example in a certain sector or region. The overriding objective is that microfinance is developed in a responsible way.

One example of this is SMART, an international campaign promoting ethical practices in microfinance, particularly in terms of client protection. BOPA is committed to the campaign, and most of the microfinance institutions BOPA is financing, including Chamroeun, are already actively endorsing the campaign.

“Overindebtedness is a hot subject in microfinance,” Andersen says. “We need to ensure that the institutions we work with do not grant credit to customers who will not be able to repay it. The number of loans granted must be managed.”

BOPA is currently a shareholder in seven microfinance institutions that it funds in Southeast and Central Asia: Cambodia, Vietnam, Myanmar, Timor Leste, Kyrgyzstan, Tajikistan and Kazakhstan.

These institutions focus on the poorest segments of the population. Together they have nearly 200,000 customers, 77 percent of them living in rural areas. The average loan is about USD 600 and 64 percent of borrowers are women.